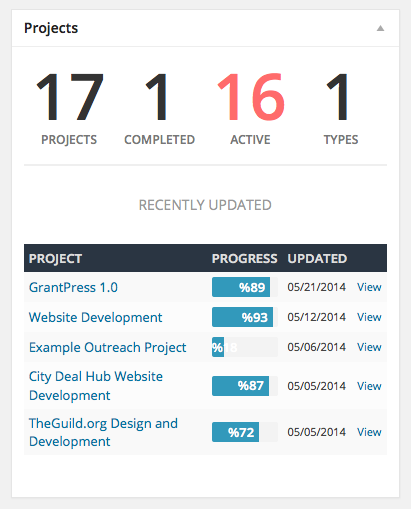 Just a heads up that last night we released Project Panorama 1.2.1.2. This release contains a handful of happiness inspiring improvements, including:

As well as some general, obscure bug fixes. Make sure to activate your license and download the new version.

Our next release will be a good one, we have a handful of awesome plans in the works and will be focusing mostly on the suggestions we’ve herd from all of you.

We also were also included as one of the top eight project management plugins for WordPress by Kinsta hosting. Thanks Kinsta!